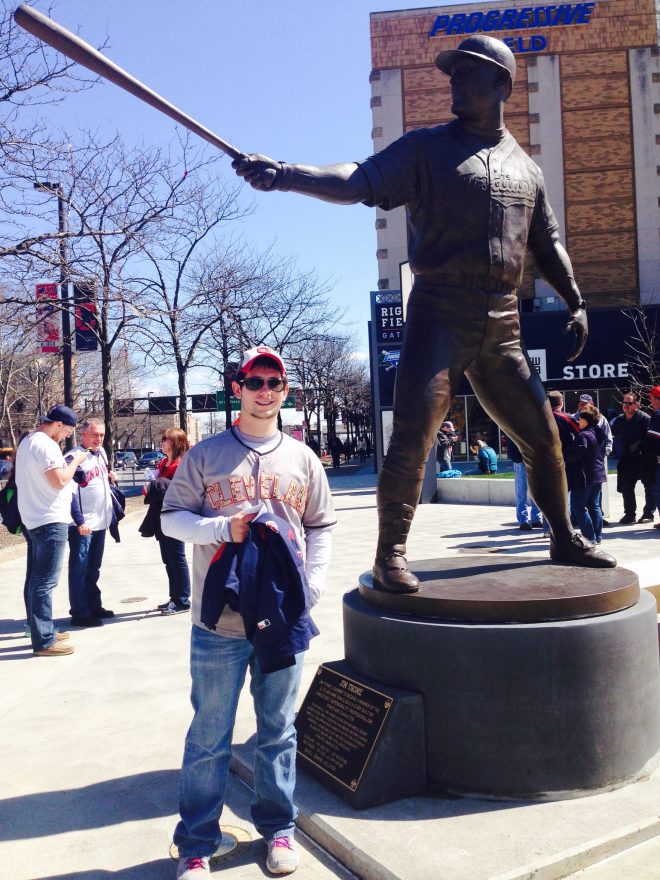 Charles Z. Adamson served as an attorney for the National Labor Relations Board in Cleveland for 35 years. A lifelong learner, after his retirement he earned a master’s degree in history from Cleveland State University. The Charles Z. Adamson Memorial Scholarship in Modern European History is awarded annually to the graduate student who wrote the best graduate student research paper on an aspect of European history.

This year’s Adamson Scholarship was awarded to Cory Ross for his paper, titled “When War Chills: A Historiography of Deterrence and Nuclear Fallout from Hiroshima to Chernobyl, 1945-1987.” Cory wrote this paper as part of the requirements for Professor Mark Cole’s 20th Century Europe course. “In this paper,” Professor Cole writes, “Cory imaginatively traces the contours of influential scholarly and popular literature, noting the particularly long shadow of Chernobyl which, as the greatest nuclear disaster of the twentieth century, has served as a lens for many in their attempts to better understand the complexities of nuclear proliferation during the Cold War. Even with the fall of the Iron Curtain, Cory reminds readers, the old dangers still exist as the arms of the former Soviet satellite states are poorly accounted for. Combined with newer biological warfare potentialities, human civilization still teeters on the brink.” Congratulations to Cory Ross on this exemplary essay.

After graduating from Cleveland State University in 1968 with a Bachelor of Arts in Social Work, John A. Lonsak earned his Master of Library Science from Case Western Reserve University. He grew to love libraries when his mother took him to story hours at the Eastman branch of the Cleveland Public Library. It was a passion that has lasted the rest of his life. He became the director of both the Cuyahoga County Public Library System and the Rocky River Public Library. Mr. Lonsak’s passion for education inspired him to create the John A. Lonsak ’68 Scholarship.

This year’s Lonsak Scholarship recipient, Petra Brown, had a head start in developing an interest in history: Her father is a longtime interpreter for the Cleveland Metroparks. Although Petra grew up close to the stories of people and landscapes in Northeast Ohio, she furthered her interests in faraway places. After earning her B.A. from Nyack College in Upstate New York, Petra interned for a fair-trade textile company in India, the Indian Pueblo Cultural Center in Albuquerque, New Mexico, and Loop of the Loom, a Japanese SAORI weaving studio in Manhattan. Petra returned last fall to begin master’s work in Museum Studies. While she was in my public history class, I learned that she is an artist when she asked if she might include some sketches for an online story she was curating on a legendary local jazz club. Her original sketches of the club, including one of its iconic sign, showcase her talent. This semester Petra interned at Praxis Fiber Workshop in Collinwood, where she has studied techniques in indigo dyeing and traditional weaving techniques, working at the intersection of textile conservation and cultural history. All who have worked with Petra in classes over the past two semesters agreed that she is an extraordinary student. As Professor Stephanie Hinnershitz commented, Petra is “incredibly bright and talented” and “a very high achiever.” Petra has decided to enroll next fall in the graduate program in museum studies at the University of New Mexico to pursue her passion and specialize in Native American art and culture in the heart of the Southwest’s pueblo cultures. We will miss Petra but are thrilled that her time here helped her determine where she can realize her ambitions.

One thought on “The Charles Z. Adamson Memorial and John A. Lonsak ’68 Scholarships”