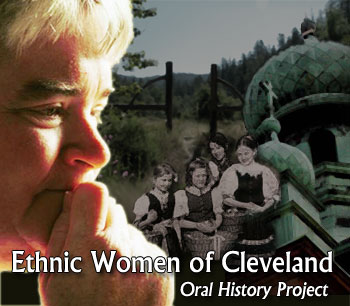 Professor Jeanette Eckman Tuve taught in the History Department from 1965 until 1984. She began her career as an educator teaching high school, and then moved to the university level, earning her doctorate at age 55. Her final book (of four) was published when she was 81. Her work focused on women across a range of experiences. She wrote a book on Russian women physicians and a biography of Florence Ellinwood Allen, the first woman to serve on a state supreme court. In 1986 she conducted a series of oral history interviews with 29 women of eastern European birth or heritage. She was a role model for what is now called the non-traditional or returning student, and she forged a path for women in academe, both as students and faculty. The scholarships given in her name each year are intended to help a new generation of women achieve their academic goals.

This year’s recipients of the Tuve Scholarship are Kris Arnold and Helen Dunne.

Kris Arnold is a senior History and Social Studies major. She is known throughout the history department for her leadership, enthusiasm, and quick wit. Dr. Shelley Rose notes that Kris is an “engaged and talented student” as displayed in her ability to immerse herself in the role as a leader of the Sikh people in a Reacting to the Past game in World History. Kris “worked behind the scenes, negotiating many of her classmates into secret alliances and networks” and “became such a diplomatic threat, that by the end of the game, her role was assassinated by a radical.” Far from a defeat, this was proof that Kris’ experience with LARP (Live-Action Role Playing) helped her learn the ins and outs of political strategy. Likewise, Kris inspired her classmates to tackle the challenge of learning how historical figures grappled with issues of decolonization. This spring, you can see Kris’ journey into digital storytelling in her geography location biography of Lorain staple, Gyros & More.

Kris also signed up for Dr. Hinnershitz’s United States History, 1945-1989 course during the fall of 2019 where she quickly established herself as a discussion leader and often set the tone for class conversations. Kris never shied away from raising important and controversial questions about course material, inspiring her classmates to join in as well. She also developed a reputation for offering witty insights that cracked up her classmates and also encouraged more critical thinking.

Helen Dunne is a junior History and Social Studies major. Faculty members in the CSU history department frequently comment on Helen’s sharp analytical skills and ability to connect material from multiple classes for a rich understanding of the past. Dr. Karen Sotiropoulos enjoys “engaging Helen’s intellect” and commends her “passionate embrace” of the international elements of African American history. Dr. Hinnershitz had Helen in two courses and continues to be impressed by her thoughtful engagement with course materials and ability to create a historical argument with a wide variety of primary and secondary sources. Helen is an excellent historian.

Dr. Shelley Rose also had Helen in her HIS299 Introduction to Historical Studies course and greatly admires Helen’s ability to “take on difficult topics” and “courage to engage critically with scholarship and contemporary debates.” For her class project, Helen created and curated an online exhibit on the School of the Americas and its impact on U.S. Foreign Involvement in Latin American politics.